Houston, Texas
With the Panama Canal expansion nearly complete, Wharf 2 at the Barbour’s Cut terminal of the Port of Houston is being upgraded and expanded to support larger cranes and ships.

With the Panama Canal expansion nearly complete, Wharf 2 at the Barbour’s Cut terminal of the Port of Houston is being upgraded and expanded to support larger cranes and ships. ATI was tasked in this project to remove huge, 16″ thick concrete wharf deck slabs and 2′ thick wharf walls. But the deck and wall were over water, and the existing pile columns and caps needed to remain in place, and no concrete could fall into the water. No problem.

Working with the general contractor, a steel frame system was constructed to support a crane lift apparatus to which the concrete slab could be securely cabled to and lifted free when cut.

Prior to the frame system being moved in, ATI operators first made horizontal concrete cuts with concrete saws and wire saws in the deck and wall, respectively. Then anchors were drilled into the deck and wall. At this point the temporary steel frame was lifted into place. Technicians then securely fastened the concrete anchors to the lift structure overhead that was free resting on the frame.

Once the deck and wall pieces were securely fastened, ATI technicians made final lengthwise cuts, freeing the the sections for lift out. Importantly, the deck sections had to be cut with angled cuts to prevent the slab from binding and becoming lodged once cut.

This project is another example of the precision and expertise – and teamwork – that Aggregate Technologies brings to its customers.

Aggregate Technologies was involved in a similar wharf renovation project at Barbour’s Cut in 2013. 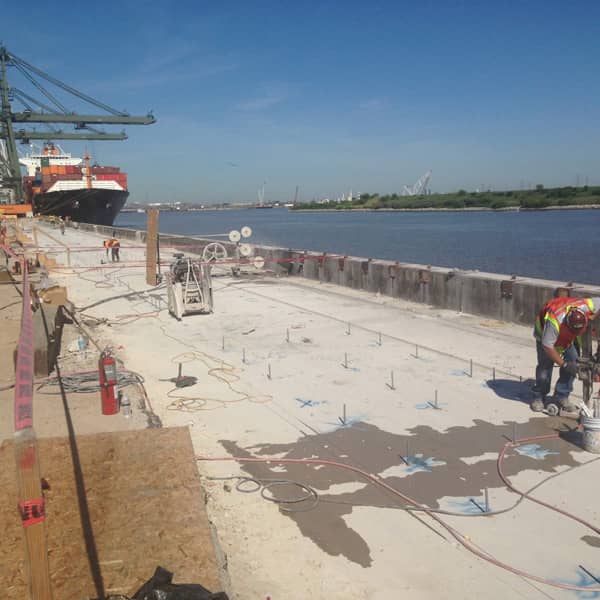 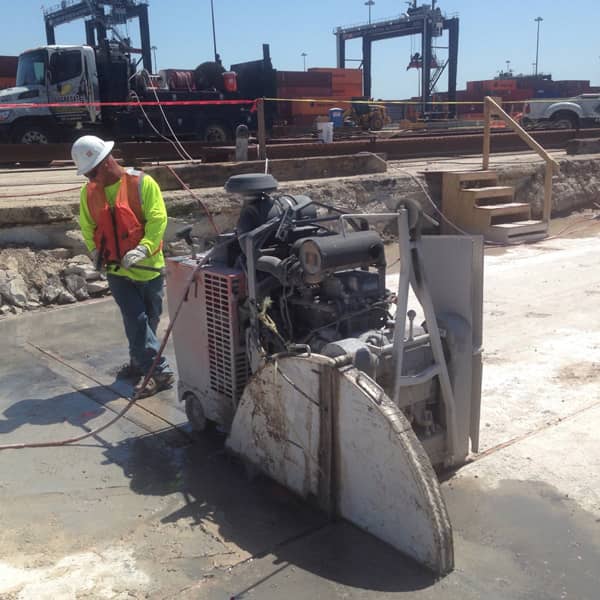 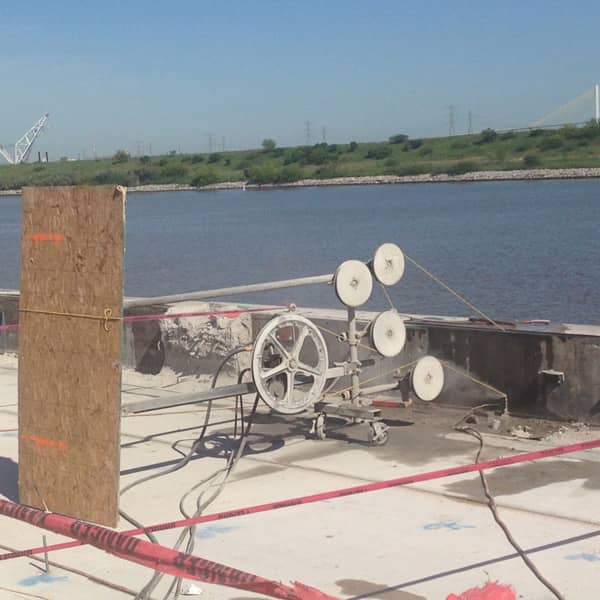 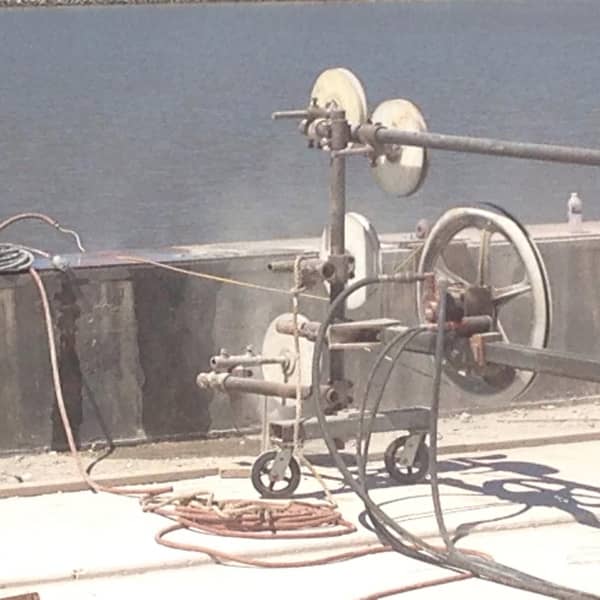 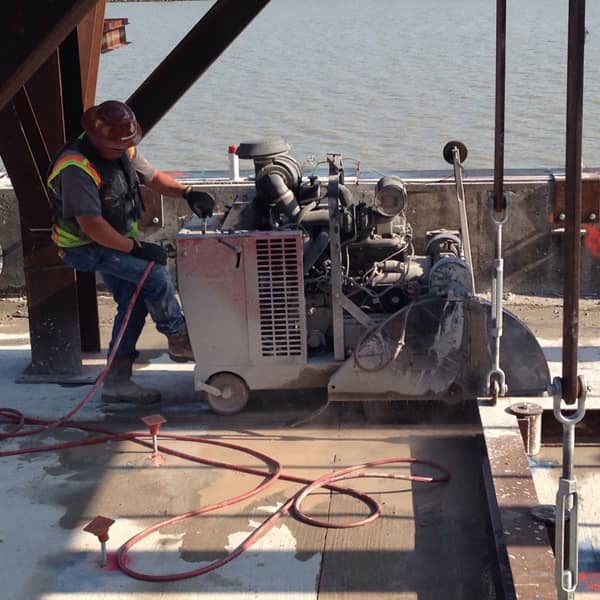 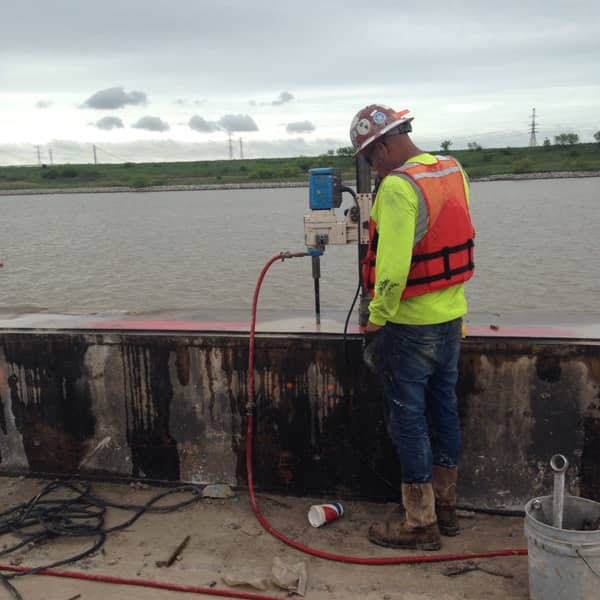 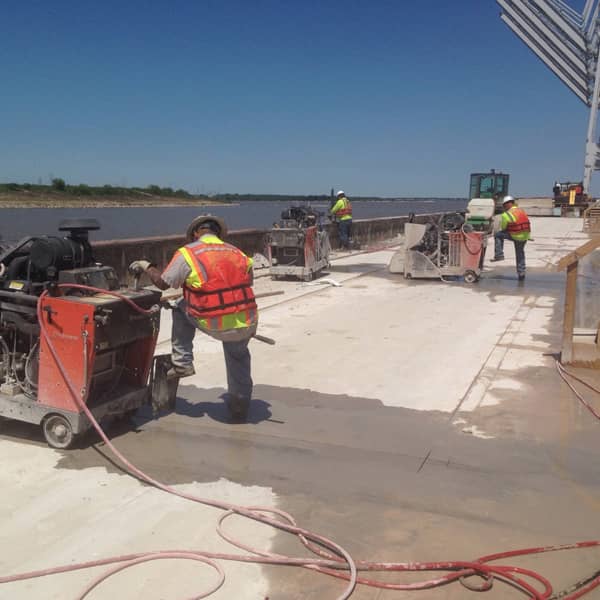 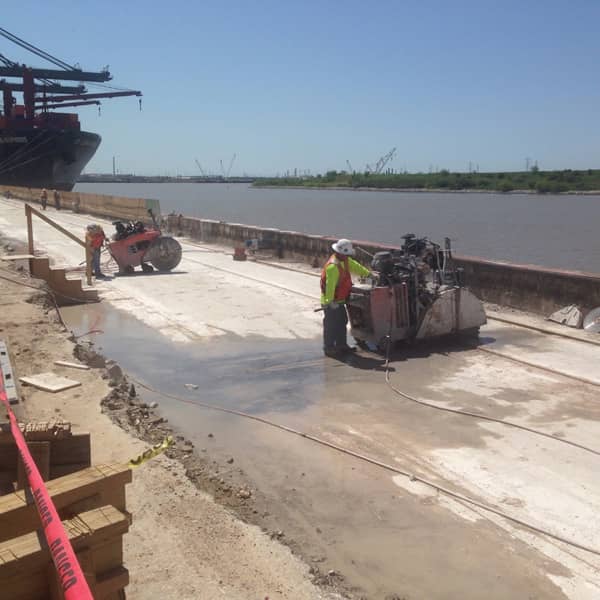 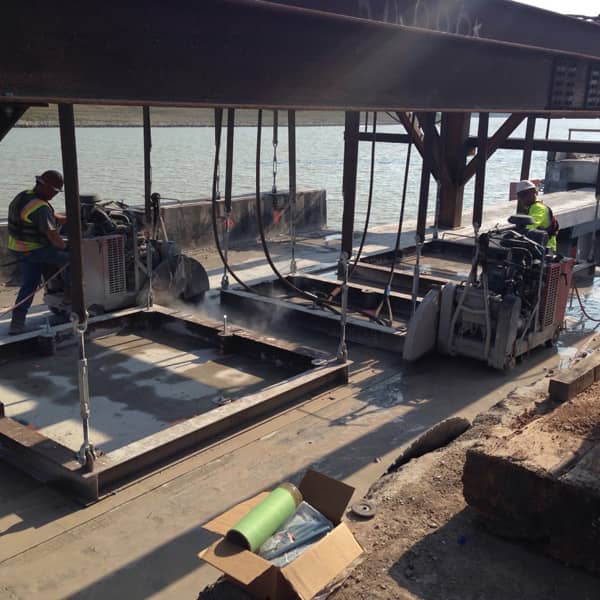 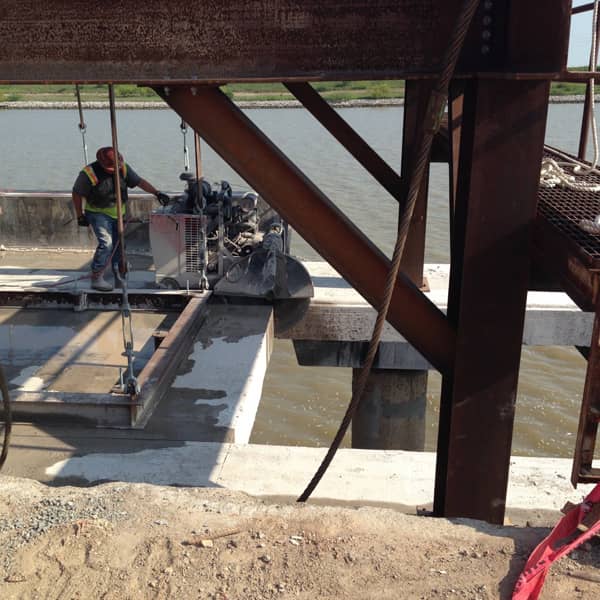 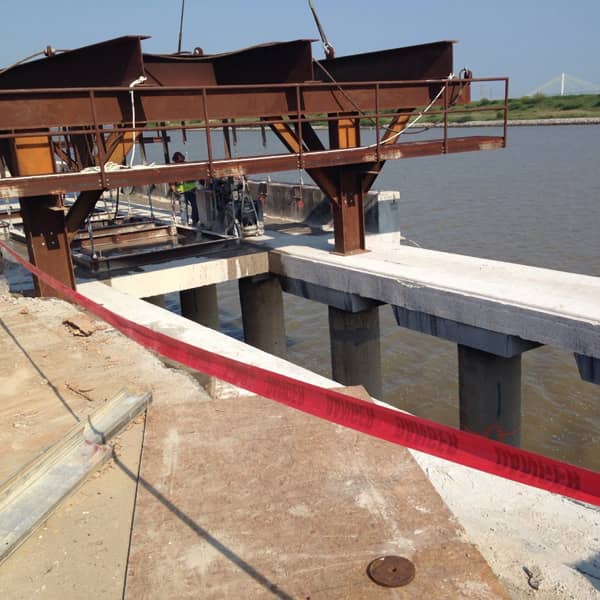 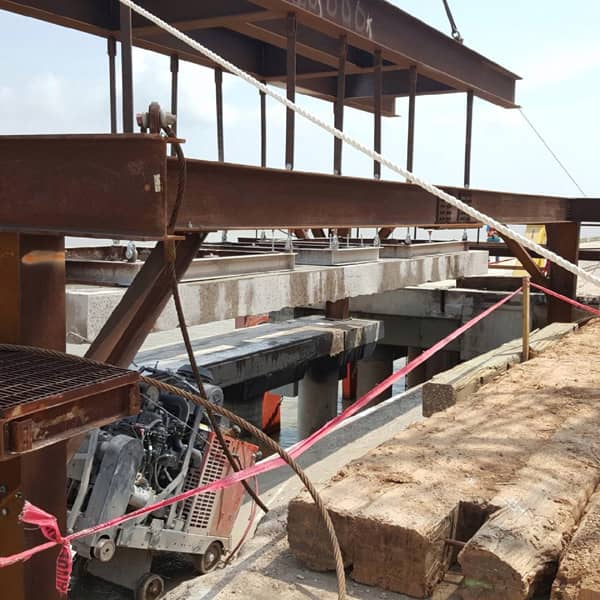 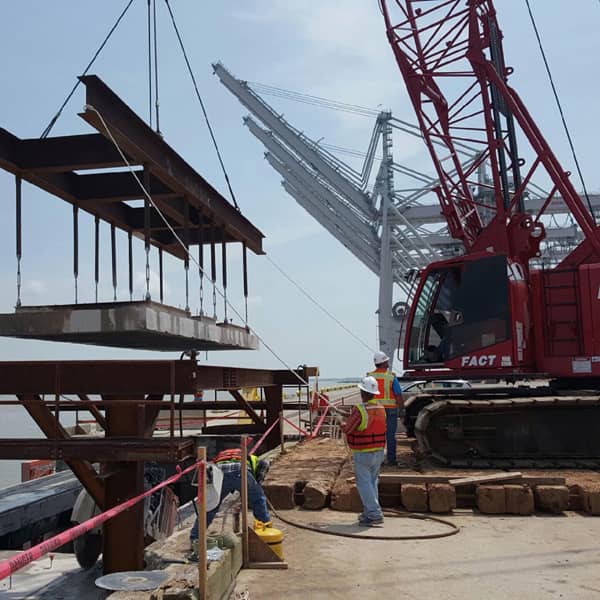 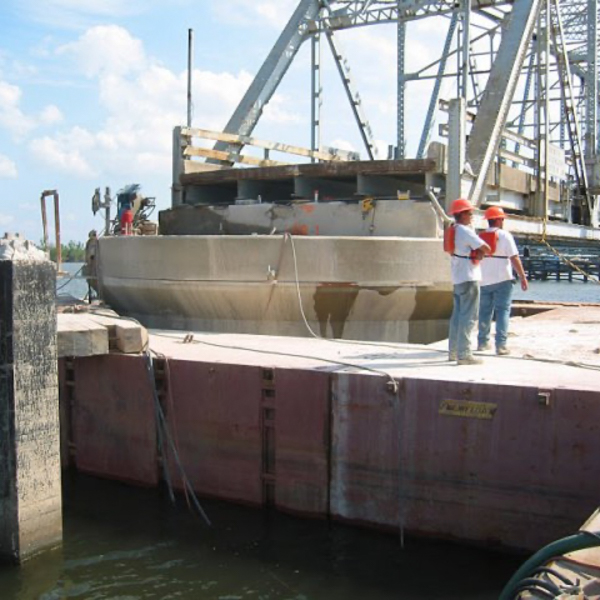 Chemical demolition does not entail big explosions and sticks of dynamite. It is a process that relies upon expansive grout that is drilled into strategic areas of the concrete or rock to be removed. 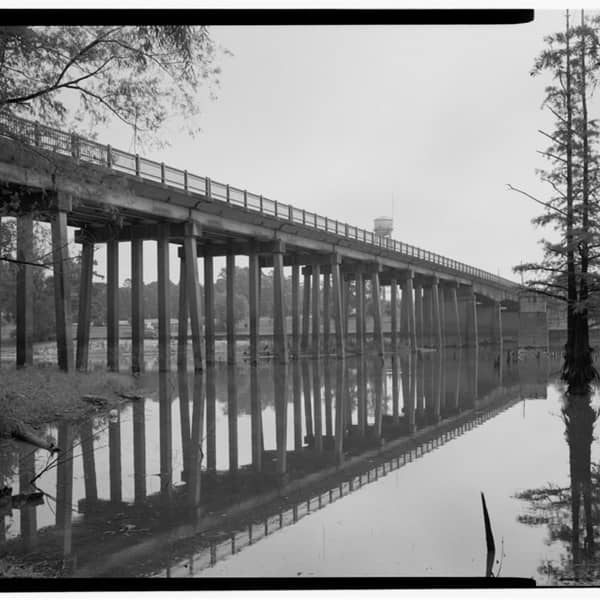 Demolition of the Highway 84 bridge over the Sabine River, connecting Joaquin, Texas and Logansport, Louisiana.

Contact us when you need a contractor with a record of safety and success for your Concrete Demolition needs.
1-877-SLABSAW