San Jacinto River, Texas
Torrential rain over Texas from Tropical Storm Imelda flooded the San Jacinto River. Between 11 and 14 barges came unmoored, and some collided with the Interstate 10 bridge.

The highway was closed while inspectors surveyed the damage, finding least one column destroyed and another column severely damaged.

On the damaged 66-inch diameter column, five feet of the column above the water and 10 feet below needed to have the damaged concrete removed while preserving the rebar. Typically, divers below and crews above would manually chip away the damaged concrete. But Aggregate Technologies was called on to use their hydrodemolition process.

The ATI crew set up one of its Hydro-Bot systems, the Ergo System, on the damaged column. The operator adjusted the force of the high-pressure water cutter to remove only the damaged concrete, preserving the rebar and concrete that was still sound. By utilizing this unique service, Aggregate Technologies was able to do its part in speeding up the repairs to the bridge.

Hydrodemolition is not only faster than traditional methods, it does not cause additional damage to the concrete from vibrations or micro-fracturing, and with the remote-controlled process it is a much safer method. The process also leaves a rough and superior bondable surface for new concrete to adhere to. 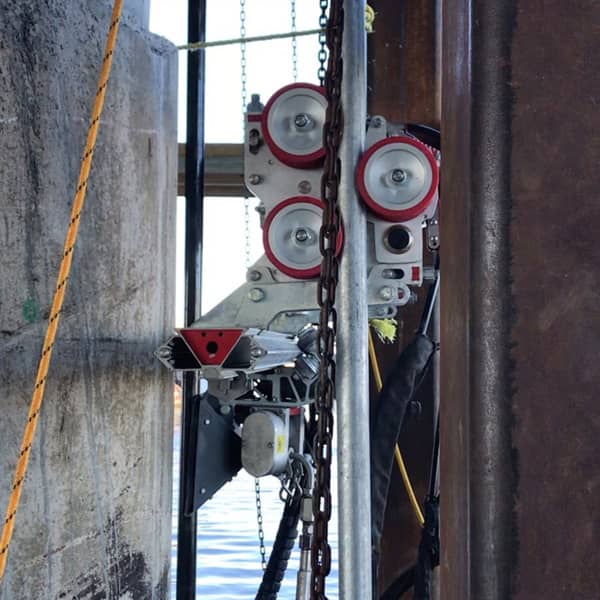 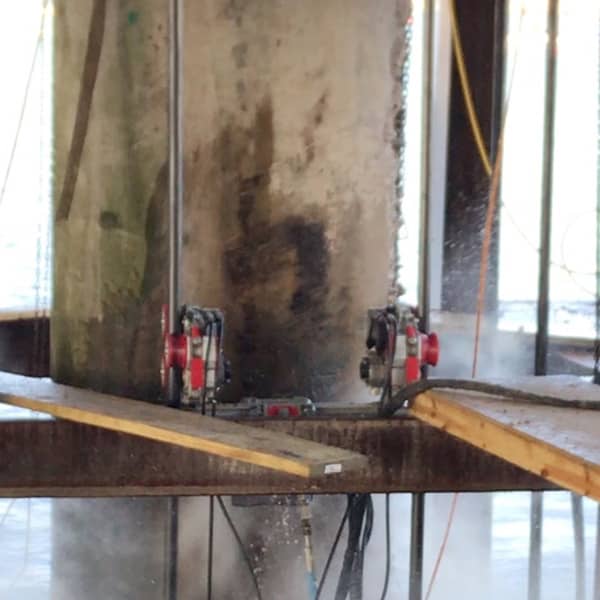 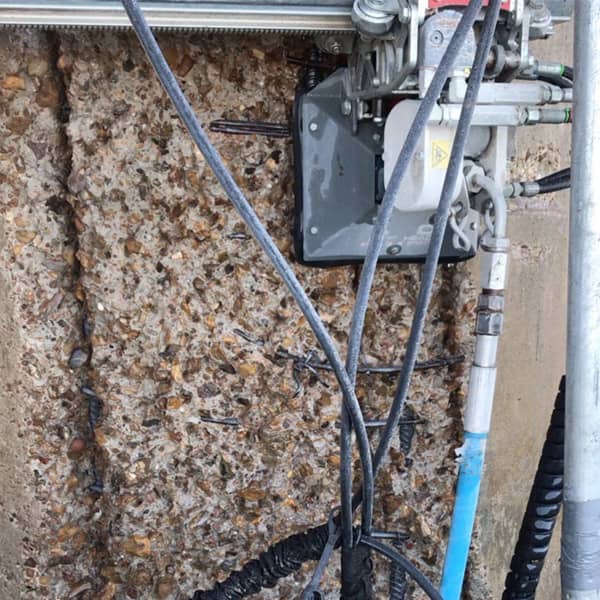 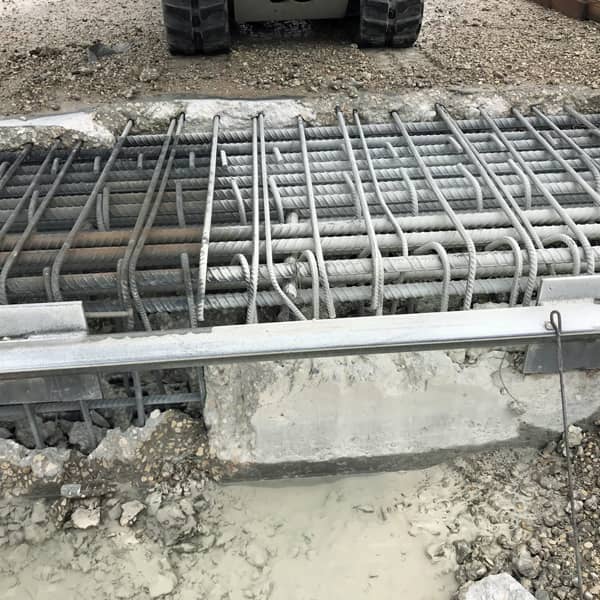 Removing concrete from structural beams (while also saving the rebar) can take a lot of time, and time was of the essence. 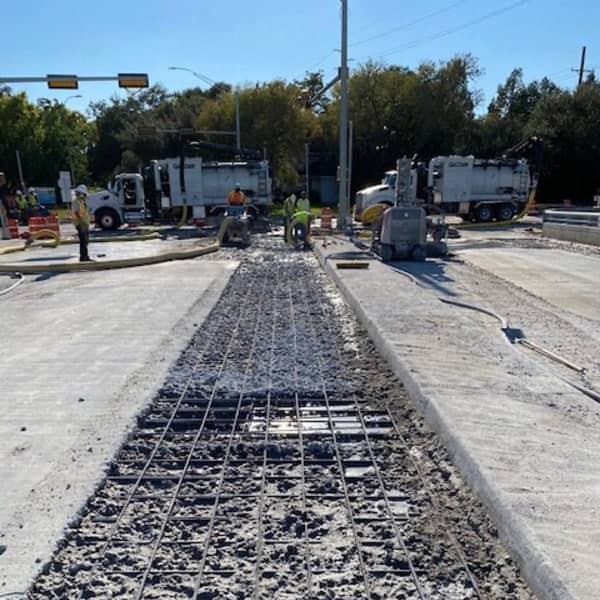 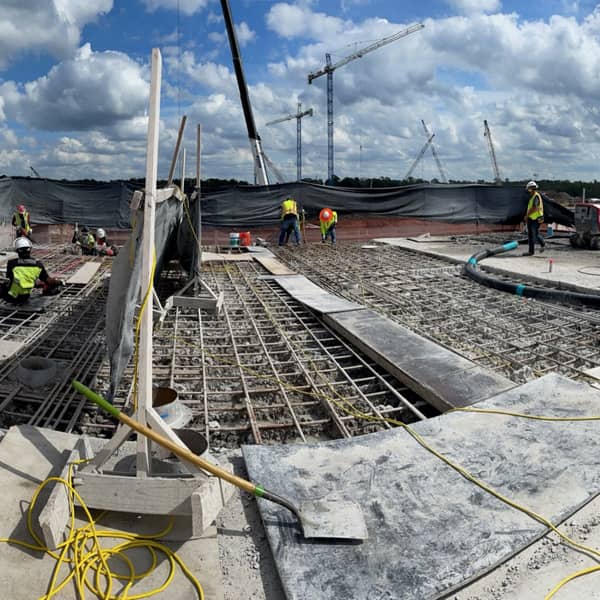 Compromised concrete could be catastrophic during any project! If that happens, let Aggregate Technologies ease that pain by removing just compromised area – and put you and team back on schedule and moving forward. 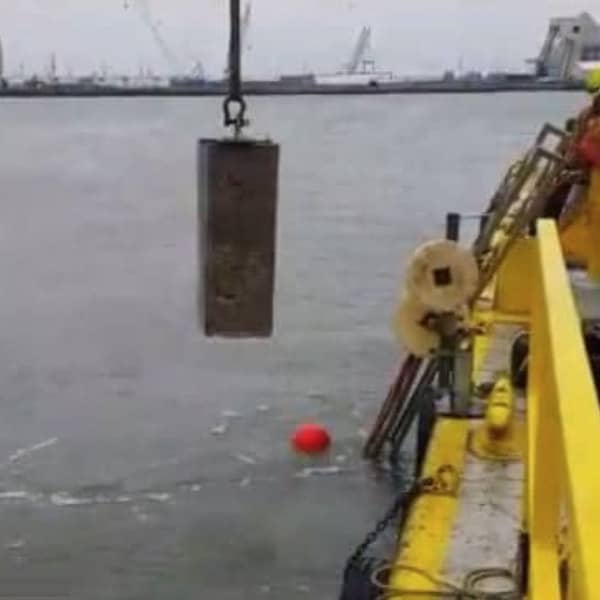 ATI expertise with underwater wire sawing and core drilling was on display with this renovation project. 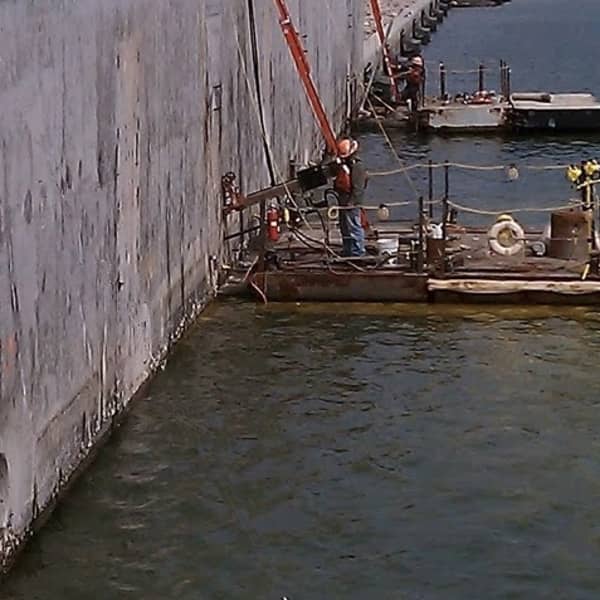 Contact us when you need a contractor with a record of safety and success for your Hydrodemolition needs.
1-877-SLABSAW